Don’t sleep on Generation Z and their prospective homebuying.

Many members of this generation are not happy with their current housing, which could lead them to start exploring the homebuying process. Graduating from college during a global pandemic impacted many Generation Z members’ plans for their post-collegiate life, especially their housing.

According to a rent.com survey, 43% of Generation Z are not satisfied with their current housing, compared to their college housing. And less than 25% of those surveyed moved home with Mom and Dad post-college. Most of these dissatisfied consumers are living on their own.

Of those that moved out on their own, 63% wanted independence, 40% did so because they could afford it and 30% did it for a job. For those that moved back home with their parents, 74% did it to save money, while 26% wanted to be nearby family.

Not surprisingly, employed Generation Z members were twice as likely to not move home with their parents. Nearly 57% relocated to a new city, while 43% remained in their college town, continuing their residence.

When looking for a place to live, men and women are both prioritizing affordability and utilities, while women also seek security and men look for aesthetic finishes, like hardwood floors. Additionally, they would pay more to be closer to their job, and they look for amenities like fast WiFi, as opposed parking, central air and storage.

Half of Generation Z said they plan to move out of their parents house by the age of 24, which is 10% more than millennials at that age. A recent realtor.com® survey found that becoming a homeowner is a goal for most millennials and Generation Z members as a part of obtaining the American Dream. 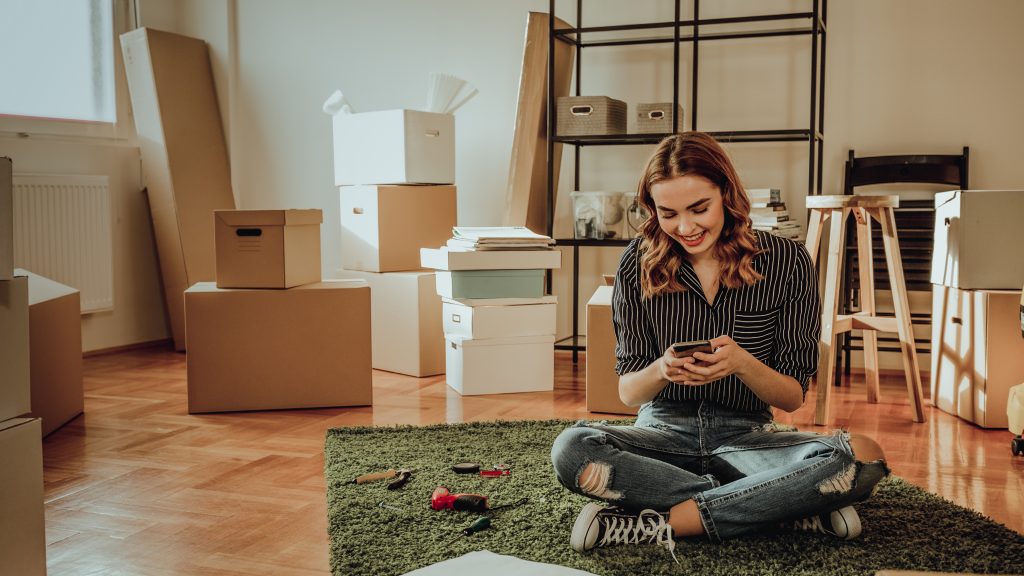 Nearly 88% of Generation Z members said they think they will own a home one day, but only about 40% think it is important to own in the next decade.

In addition to affordability, the second most-desired feature is proximity to work, followed by low crime rate and closeness to friends and public transportation.