The verdict is in: More homeowners prefer color

By: Kelly Leighton on March 8th, 2016 in Industry News

To update or change their homes, more and more people are turning to splashes of color.

According to results from a recent survey prepared by Better Homes and Gardens, 63 percent of respondents said the family or living room would be the room where they are most likely to use more color. This is followed by the kitchen, according to 53 percent, and the bathroom, at 52 percent. Thirty-six percent of participants said the foyer. People are least likely to use the dining room and adult bedroom for color.

More than half, 57 percent, said their walls are generally neutral, but 43 percent said that their walls are either painted or wallpapered in color. Forty-one percent said they like a mix of color on the walls and furnishings, while 36 percent reported they like neutral walls with pops of color through furnishings. Interestingly, nearly half of respondents, 48 percent, reported their front door is a different color, such as green or blue, while only 24 percent have a white door. Five percent said the color of their front door is black.

Fifty-nine percent said they usually wait more than 5 years to repaint a room inside their home, however, 29 percent said that to add color to a room, they would paint the walls. When they do repaint, only half change the wall color completely. However, more than half, 53 percent,  said they are not likely to use wallpaper in a room.

Yet, 40 percent are fearful that they will get sick of the color they have selected, while 29 percent said that using a statement color is too bold for them. Additionally, nearly a quarter of respondents worried that color on walls would make it tough to match their furniture or art, and another quarter said they don’t have “an eye” for color.

What colors are respondents avoiding this year? Orange was the winner, with 58 percent claiming this is the color they are least likely to use to decorate, followed by black with 43 percent and violet with 42 percent. Instead, 62 percent of participants said they are most likely to use blue, followed by green at 49 percent. 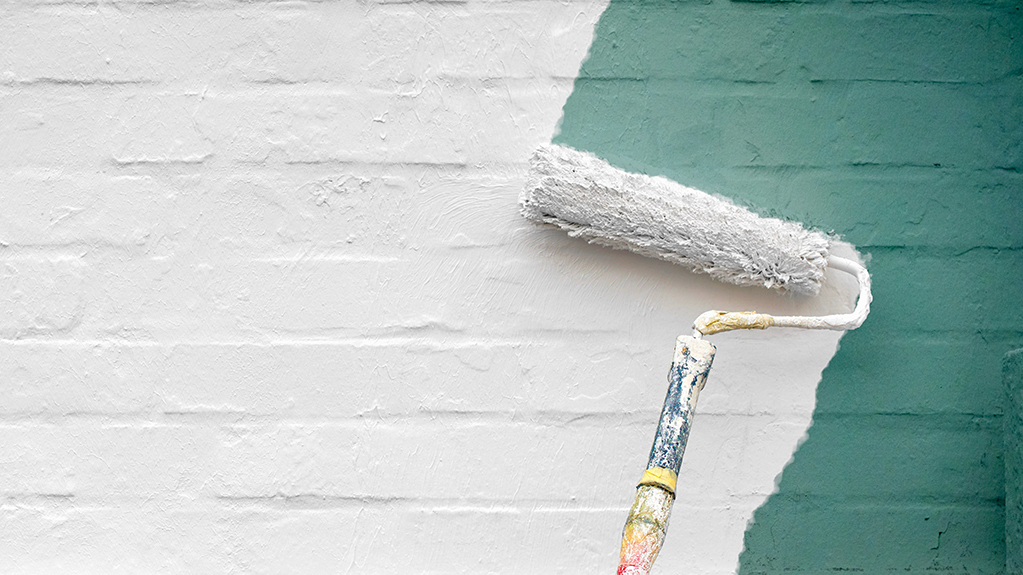 The Pandemic’s Impact on Colors for the Home

Fifty-three percent of interior design experts agree that white is the way to go on the exterior of the home for resale value, followed by 27% who said gray and 25% who said off-white.

The latest trends in interior design this summer

Experts recommend gray for painting walls and roofs in 2015.