By: Kim Shindle on September 10th, 2020 in Association News

Editor’s note: The Pennsylvania Association of Realtors® is celebrating its 100th anniversary this year. As part of our Member Profile feature, we’ll be highlighting some of the Realtors® who have served as president of the organization.

If you could go back in time, what advice would you give your younger self?
I think that I would most likely reach out to more people who have been involved in the association on the local and state levels primarily, but also at the National Association of Realtors®, to get their advice. I was fortunate as I went through my leadership journey at PAR, I had some very good mentors. Locally, I’ve known Jim Helsel (1994 PAR president) and the three presidents before me, Dominic Cardone (2007 PAR president), Bob Hay (2008 PAR president) and Greg Herb (2009 PAR president), who were all a great deal of help to me in providing their expertise. The three presidents who followed, who served on my leadership team (Guy Matteo, Frank Jacovini, Bette McTamney and Kimberly Skumanick), were terrific as well. When you serve as president, I think it’s a collaboration with the other leaders. No one individual can do this themselves because it’s a journey and it’s not a one-day trip.

Why should agents get involved in their local, state and national associations?
The No. 1 reason is it’s their business. If I’m talking to agents who are curious about getting involved and they wonder why it’s important, I tell them to get involved their local association, the state association and the national association. There are many ways to do get involved through committees and task forces and I think once they do that, they begin to get a feel for what the associations do and the power of PAR and what together members accomplish, whether it’s successful legislation or rewriting the forms we use every day in our businesses. Locally, in the Greater Harrisburg Association, we’re finding a number of rental ordinances being considered; at the state level, we always need to be cognizant of the potential for an increase in realty transfer tax. One of the big issues PAR has been working on is the First-Time Homebuyers Savings Account Program. Two separate bills (House Bill 128 and Senate Bill 309) have each passed in the House and the Senate. This program would definitely be a boost to real estate in Pennsylvania; it’s expected that it could increase home sales by 4,000 every year.

What advice would you give someone who was thinking of moving up through the offices in PAR?
I would tell somebody considering serving in a position at PAR, whether serving as a committee chair or running for district vice president or an officer is to ask for help. Nobody can do it themselves. There are too many nuances and too many things going on, plus you’re trying to run your own business. You’ll need help and there are more than enough people who are willing to give you the help and assistance to help you succeed.

What’s the biggest change you’ve seen in the real estate market since you started?
I’ve had my license now for 29 years, so I’ve seen a lot, from a two-page sales contract when I first got in the business to what it is now. The internet is probably the biggest change and has had the greatest impact on our industry. We can talk ad nauseum about the good, the bad and the ugly aspects of the internet, but I think the internet has changed the real estate this market and it’s not going back. We also have to be mindful of regulations; there always seems to be someone who wants to add more regulations.

Do you think the environment or technology will have a bigger impact on real estate in the next 100 years?
I don’t think there’s any way that you’re going to stop technology. The internet is part of our business now and we need to figure out what is the most efficient way to use it to benefit our clients and customers going forward. Part of that technology is going to be to continually educate the public. Many consumers think they know what happens in sales transaction, whether they’re a first-time homebuyer or have purchased multiple homes. The market is changing, the regulations are changing and we have to work to educate consumers about the process and how we’re able to help them navigate the transaction. The Beaver County Association of Realtors received a PAR Century of Service grant to help pay for the expenses to provide nearly 300 meals for people in their community. Since its inception 100 years ago, the Pennsylvania Association of Realtors® has prioritized legislative advocacy on behalf of its members. 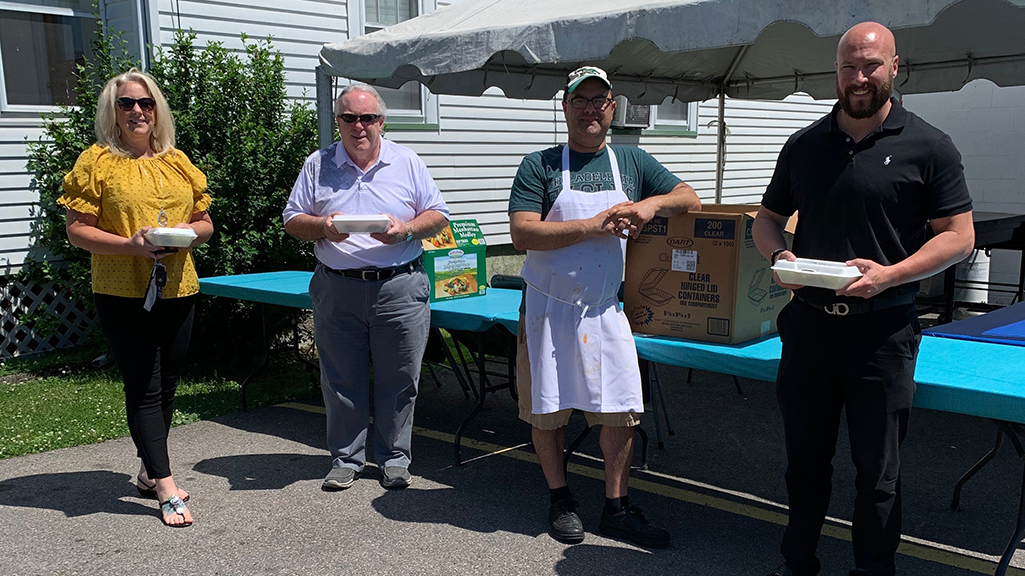 The Luzerne County Association of Realtors® recently recognized some essential workers in two of their community’s hospitals by delivering meals to them as a thank you for their service. Funding for the meals was provided by PAR’s Century of Service grants, which celebrate the state association’s 100th anniversary.